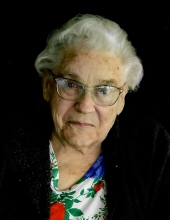 She was born January 8, 1933, in Jefferson City, the daughter of the late Louis Frederick and Ofa (Cardwell) Fischer.

She was a graduate of Jefferson City High School.

Barbara spent much of her life caring for her husband, children, and grandchildren as a homemaker. She also worked for St. Mary’s Health Center as a clerk and for the Jefferson City Public Schools as a cook.

She was a member of St. Peter Catholic Church. Family was everything to Barbara and she also enjoyed playing cards.

She was preceded in death by her parents; her husband, Richard Carel; grandson, Darin Carel; great-grandson, Cohen Isenberg; one sister, Dorothy Luebbert; and a brother, Louis Fischer, Jr.

Mass of Christian Burial will be 10:30 a.m. Friday at St. Peter Catholic Church with the Rev. Jeremy Secrist officiating.

Memorials are suggested to the American Diabetes Association.

To send flowers to the family in memory of Barbara Lee Carel, please visit our flower store.