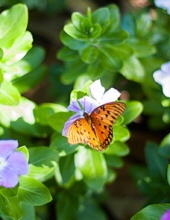 Barbara was born in Washington, Missouri, on December 5th, 1956, the daughter of Elizabeth “Bettie” Held, and the late Donald H. Held.

Barbara was united in marriage to David M. Hemeyer on September 6th, 1975, in Pershing, Missouri.

After her retirement, she enjoyed babysitting her grandchildren who were her pride and joy.

She was preceded in death by her father, Donald H. Held, and her brother, Timothy Held.

A private, family Celebration of Life will be held later this spring.

If a memorial is desired, it may be sent to the Rheumatoid Arthritis-Arthritis Foundation or, the National Kidney Foundation.

Those wishing to send condolences to the family may do so at the www.dulletrimble.com website.
To send flowers to the family in memory of Barbara Ellen Hemeyer, please visit our flower store.