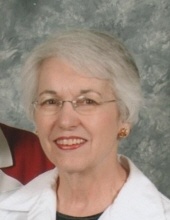 Survivors include her daughter, Lorraine Shoun of Laguna Nigel, CA; a son, Kemp, and his wife, Tessy, of Jefferson City, and one granddaughter, Hillary Shoun Prendergast (Justin) of Denver, CO. Also surviving are three sisters: Susanne Faust in the State of Texas, Margaret Gambill and Linda (Ron) Hall along with one brother, David (Sharron) McGuigan, all in the State of Pennsylvania. Also surviving is one brother-in-law, Tom Shoun, in Tennessee. She was preceded in death by one sister and two foster sisters.

Barbara was a homemaker during her early years of marriage. Barbara and Charles moved their family to Miller, MO in 1969 where Barbara worked as a reporter and editor for the Lawrence County Record. She earned numerous professional awards for her writing, including an award from the National Newspaper Association and the designation of Missouri Press Woman of the Year by the Missouri Press Women’s Association. In the early 1990s Barbara earned a bachelor’s degree from Liberty University. Barbara later served as the Executive Director of the Mt. Vernon Chamber of Commerce and eventually served as the Director of Marketing and Public Relations at the Missouri Rehabilitation Center in Mt. Vernon.

Barbara volunteered her time with several community organizations such as the Miller 4-H Club, Lawrence County Extension Council, the Farmers Home Administration board, and the Barry-Lawrence Regional Library board. She was always active in church where she taught Sunday School and sang in the choir at Round Grove Baptist Church, Miller. After retirement, she became education director at Round Grove Church. During this time, she was instrumental in starting the Round Grove Academy.

Barbara and her husband moved to Jefferson City in 2004 to be near their son and his family. In Jefferson City, she became an active member of Concord Baptist Church teaching Sunday school and singing in the choir.

Barbara spent her last two years of life at Westbrook Terrace Memory Care in Jefferson City. While there, Barbara touched all those around her by displaying unconditional love and joy until her last day on earth.

A private burial service will be conducted at a later date at Round Grove Church.

Condolences and tributes in lieu of flowers can be seen on the Dulle-Trimble Funeral Home website (www.dulletrimble.com).

The family thanks Hospice Compassus, Westbrook Terrace, and Dulle Trimble Funeral Home for their assistance, support, and caring. The family asks that memorial contributions be made to Hospice Compassus (www.compassus.com/about-us/giving-and-donations) or a tribute donation to the 2020 Walk to Remember for Jefferson City (https://act.alz.org/site/SPageServer?pagename=walk_homepage).

Dulle-Trimble Funeral Home is in charge of arrangements.
To send flowers to the family in memory of Barbara Ann Shoun, please visit our flower store.