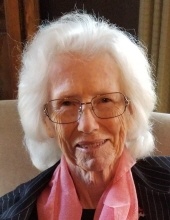 She was born May 26, 1926, in Shelbina, Missouri the daughter of the late Virgil and Myrtle A. (Boling) Todd.

She was a graduate of Shelbina High School.

Audrey was united in marriage on March 2, 1944 at the Palmyra Courthouse to Robert Y. Ragland who preceded her in death on August 19, 1994.

She was preceded in death by her parents; her husband, Robert; two sisters, and four brothers.

Memorials are suggested to the Alzheimer’s Association at www.alg.org or your favorite dementia charity.

Those wishing to email tributes or condolences to the family may do so at the www.dulletrimble.com website.
To send flowers to the family in memory of Audrey Todd Ragland, please visit our flower store.