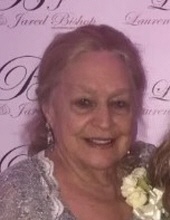 She was born November 20, 1929, in St. Martins, Missouri, the daughter of the late Victor William and Hilda Albina (Swanson) Brondel.

Anna was the co-owner of the Jefferson City Rug Cleaners for over 50 years with her husband Bob.

She was a member of the Cathedral of St. Joseph, Fraternal Order of Eagles Auxiliary, Veteran of Foreign Wars Auxiliary, and the Cultured Pearls Card Club.

Mass of Christian Burial will be 10 a.m. Tuesday at St. Martin Catholic Church with the Rev. Louis M. Nelen.

Memorials are suggested to ALS Association or to the National Federation of the Blind (Missouri Chapter).

To send flowers to the family in memory of Anna Marie Wilbers, please visit our flower store.