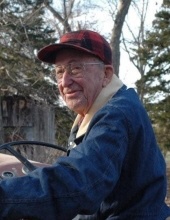 He was born December 21, 1917, in Lohman, Missouri, the son of the late Gustav and Flora (Fluegal) Linsenbardt.

Albin served in the Army Air Corps being assigned to the 498th Bomb Group and later went on to serve as a crew chief for a B-29 Superfortress stationed on the Pacific Island of Saipan during World War II. While overseas, he estimated that he supported nearly 60 missions, only losing one aircraft that sustained engine trouble shortly after take-off. On December 15, 2019, he became the first recipient of the Missouri Veterans Good Conduct Award.

Albin worked for Linsenbardt Motors in Jefferson City for his uncle, RG Letorneau Heavy Equipment Manufacturing and Schlitz Brewing Company in Texas, and for the former Westinghouse as an electrical supervisor retiring in 1982.

He was a member of St. Paul’s Lutheran Church in Lohman and the VFW. Albin enjoyed bee keeping, wood working, and cattle farming on his land.

Private funeral service will be 1 p.m. Saturday at St. Paul’s Lutheran Church in Lohman with Rev. David Viles officiating. The service can be viewed on the St. Paul’s Facebook page for those who wish to join the family in spirit. (https://www.facebook.com/StPaulsChurchOnTheHill)

Burial with military honors will be in St. Paul’s Lutheran Cemetery.

Those wishing to send condolences to the family may do so at the www.scrivnermorrowrussellville.com website.
To send flowers to the family in memory of Albin William Linsenbardt, please visit our flower store.