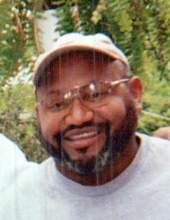 He was born February 15, 1961 in Caruthersville, MO to the late Dr. Charles Winston Cooper, MD and Bobbye (Hollins) Cooper. Alan grew up in Jefferson City and graduated from Jefferson City High School. He excelled at wrestling and was the school’s first State Wrestling Champion. After graduating, he attended the illustrious North Carolina A&T State University on a wrestling scholarship. While there he was initiated into the Mu Psi Chapter of Omega Psi Phi Fraternity Incorporated on March 25, 1983. On May 19, 1985 he graduated with a Bachelor of Science in Parks & Recreation. After spending a few years in Nashville, TN he returned home to Jefferson City where he would meet his wife. On May 13, 1998, Alan married Debra Grover in Columbia Missouri. They made their home in Jefferson City raising their children, Charles and Maelynn. Alan had been a driver for JeffTran and later worked as a Recreation Officer for Algoa Correctional Center. Alan had a passion for hunting, especially Pheasant and Quail, and raising his Brittany hunting dogs. He looked forward to annual bird hunting trips to Iowa and Nebraska with his buddies from Pheasant Hunters of America.

Visitation will be Saturday, July 31, 2021 at Quinn Chapel, 415 Lafayette St., Jefferson City from 11:00 a.m. until Noon. Memorial services will begin at Noon with Dr. Karla Cooper officiating.
Those attending are asked to please observe social distancing. Face coverings are suggested while in attendance.

Dulle Trimble Funeral Home is assisting the family with arrangements.
Those wishing to email condolences may do so at dulletrimble.com.
To send flowers to the family in memory of Alan Jeffery Cooper, please visit our flower store.